How much time is spent on social media & why you’ll lose 5 years reading this. 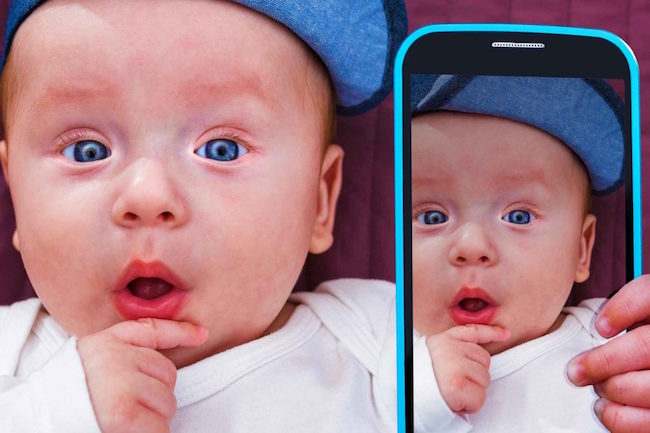 It might sound like the plot of a sci-fi thriller set in the future, but it is very much a reality for us all in 2018.

Why? Because 5 years and 4 months is the time spent on social media by the average person across their lifetime!

That works out to the following time spent on social media per day as averages:

Well this is the time spent on social media on those same platforms across your lifetime.

To put those numbers in perspective, social media usage ranked second behind the lifetime averages spent watching television, but well ahead of the more typical daily activities of eating and drinking, personal grooming, and socialising.

Think your time spent on social media bucks the trend? You might be surprised where your time is going each day.

Time Spent on Social Media in 2018

In 2018, record numbers of people are using social media. To the tune of 3.196 billion active social media users.

That’s roughly the entire population of Australia. One hundred and twenty five times over.

Not only are we using social media more. But the amount of time spent on social media is on the rise too. With social media companies constantly innovating in the ways they blend the online and offline world – with live streaming, 360 degree photos and videos, and real-time story features coming to mind, the ability of social media to attract and engage with new audiences is without question.

This isn’t just for fun either. While recent studies do show that teenagers spend up to nine hours a day on social media, businesses are also jumping on the bandwagon. A bandwagon that may struggle under the weight of an expected $40 BILLION spend on social media ads in 2018.

To make it easy for marketers to identify which social media platforms to target, we’ve broken down the social media facts and figures to show exactly where time is spent. 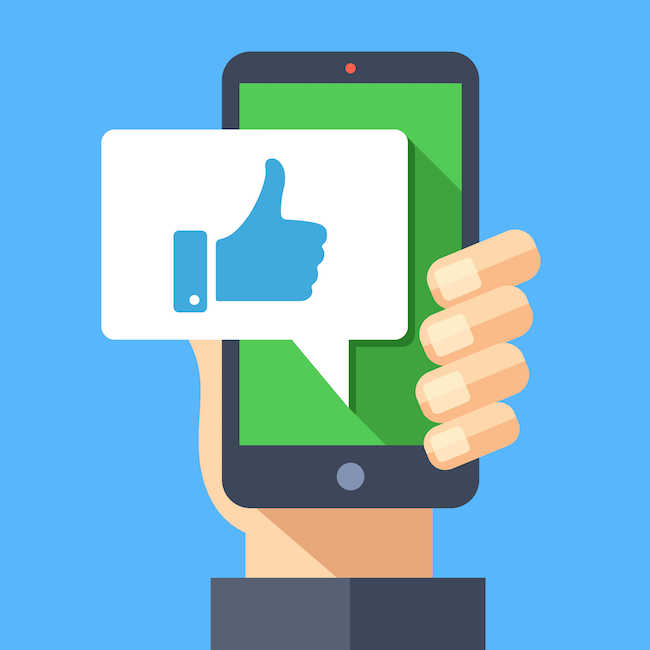 When the facts and figures are broken down they show the varying use of time spent on social media across each platform.

YouTube comes in first with the average person spending 40 minutes a day watching videos, which works out to be 1 year and 10 months across a lifetime. That’s some serious binging!

As a free sharing website, YouTube visitors watch around 6 billion hours of video each month. With 100 hours of new video content uploaded every minute there’s bound to be something you enjoy. But if you really want to have your mind blown, consider that YouTube services 88 countries in 76 languages. That’s equivalent to 95% of ALL internet users.

Up next comes time spent on Facebook with a daily average of 35 minutes per person. This adds up to 1 year and 7 months in total which should be more than enough time to find and remove those unflattering photos someone took of you at your last birthday.

As a social networking site where you can ‘like’, comment, share, stream, chat and pretty much anything else you can think of, Facebook is a thriving digital community. With 2.23 billion monthly active users in 2018, a figure that has grown at a rate of 11% year on year, and 5 new profiles created every single second, there’s never a shortage of ‘friends’ out there on Facebook.

Coming in third place is Snapchat with 25 minutes of use a day, leading to 1 year and 2 months of ‘snapping’ in a lifetime.

This multimedia app is popular with a younger crowd, reflected in the 78% of users between the ages of 18 and 24. Despite the youth oriented demographic, snapchat has left significant cultural marks on modern technological life by leading the charge towards non-permanent content, vertical filming, and helping augmented reality find a niche (be honest, we’ve all tried out a snapchat filter at least once in our life).

Instagram follows up with 15 minutes of use each day, for a total of 8 months throughout your life.

With the movement towards mobile photography, Instagram’s photo and video based sharing system exploded into popularity. With one billion monthly active users in 2018, the visual nature of Instagram, paired with it’s high engagement rate, made it perfect for businesses. Take for example the 98% of fashion brands using Instagram, or the average number of posts from businesses at 27.9 a month, as social media statistics showing just how big a business it is.

Rounding out the top five is Twitter. With an average of 1 minute per day spent on Twitter this doesn’t sound like much at first glance. But when this stretches to 18 days across a lifetime it’s a solid chunk of time.

As a social media platform, Twitter benefits from it’s rolling news feeds which are easily digested and can be rapidly scanned. Which seems perfect for the fleeting attention spans of the modern world. With the added benefit of public profiles, people can follow their favourite celebrities, with Katy Perry the most popular Twitter account at just over 106 million followers. 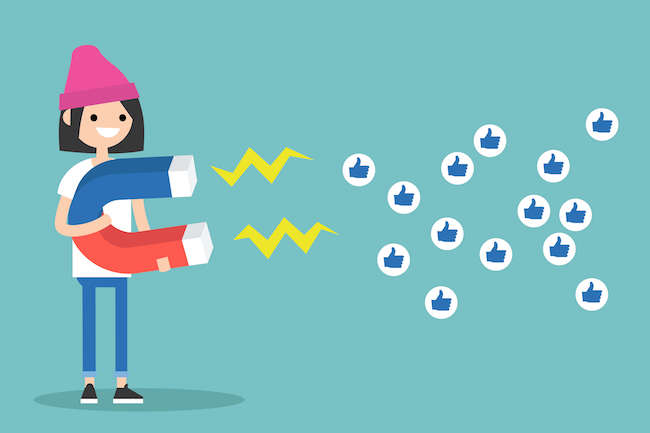 What could you be doing instead?

If you’d been worried that your social media usage was out of control, you should feel comforted that your intuition was absolutely right. That’s a small win!

But if you do want to break free from the pack and scream “I am not a social media statistic” to the world, we’ve got some helpful suggestions as to how your time could be more productively spent.

Fly to the Moon and back 32 times.

Sure we’ve been there, done that and planted the flag, but if you’ve always wanted to experience the moon for yourself then now is the perfect time to do it.

You’ll be able to squeeze in a casual 32 trips to the big guy in the sky in the time that you’d otherwise be using social media across your lifetime, but be careful posting all those incredible lunar selfies when you get home, we don’t want you falling back into the hands of your social media!

Maybe the moon is too far for you. Maybe you get airsick and the trip would upset your stomach. If that’s the case you can jump on over to China and leisurely stroll the Great Wall three and a half times to replace your lifetime spent on social media. If you managed to find your way to every last piece of the wall you’d be stepping across 21,196 kilometres on each of those three and a half journeys, so make sure you take a bottle of water!

Anyone can walk the Great Wall of China. All you need is a passport and a sturdy pair of walking shoes. If you’re after a real challenge you could use the time you spent on social media and head to Nepal instead. At 8,848 metres Mount Everest is there to be climbed, 32 times to be exact. You probably won’t get great WiFi service at the summit, but with your time spent on social media diminished that shouldn’t be much of a problem.

Watch every season of the Simpsons 215 times.

Who doesn’t love a little Simpsons binge now and then? With endless classic lines and quotable quotes it’s an icon of pop culture, and with 639 episodes to get through there’s some serious content to be enjoyed. In fact, if you put down your phone and say goodbye to social media you’ll get to enjoy every single episode of every single season a mind-blowing 215 times. 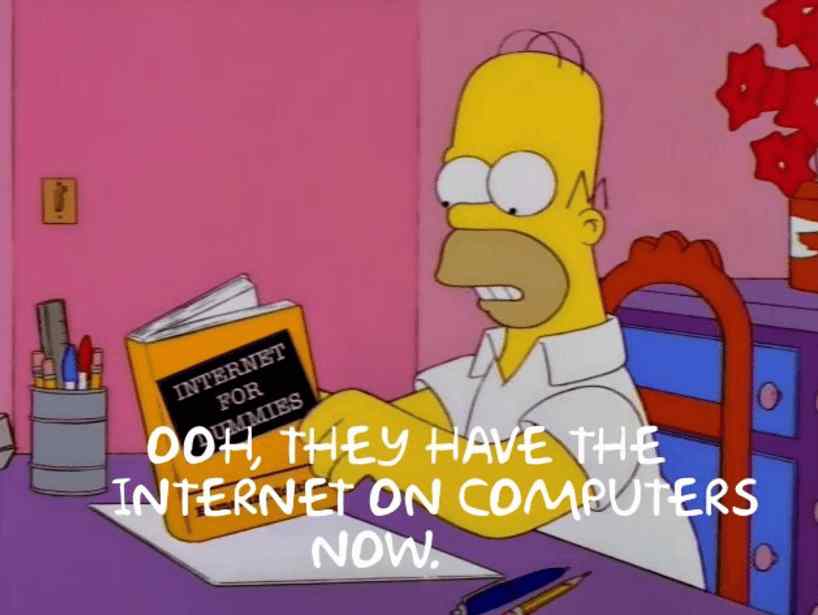 As time spent on social media continues to soar through 2018 and beyond there are many noticeable shifts.

Facebook has reduced the ability of businesses to appear in news feeds outside of paid advertising. Twitter has taken the hammer to bulk posting and auto-engagement to reduce mass liking, sharing or retweeting of posts. While social sharing has declined roughly 50% in 2017 compared to 2015 with the inverse rise of ‘dark social’ – the sharing of content that occurs outside web tracking channels. These are just a handful of examples of the way the social scene can pivot on a dime.

The savvy marketer will have to identify these changes before it’s too late to take advantage of the shifting social ground. While the social media user will continue to dictate the landscape in a democracy of the thumbs.

And where does that leave you, as an individual?

That’s really up to you, and in any case, we’re off to check our social media for any notifications.

Please include attribution to searchitlocal.com.au with this graphic.

Worried you’ve wasted 5 years of your life while your business suffers? Reach out and speak to our digital experts today. We can’t promise we’ll get you off your social media, but we can get you on Google.

previousCommon SEO Errors: 10 mistakes you’re making today
nextWhy ‘Do It Yourself SEO’ & Brewing Your Own Beer are the same.

Want FREE leads for your business?